Aortic Stenosis (AS) is the most prevalent valvular heart disease, affecting up to 10% of all persons over the age of 80 and carrying a 50% death risk within two years. The surgical aortic valve replacement procedure continues to be the gold standard for individuals with a low to moderate surgical risk.

This technique is justified by the inherent uncertainty associated with a novel procedure, the operator’s learning curve, the potential for complications and hemodynamic challenges, the requirement for temporary cardiac immobility during the procedure, and the requirement for intraoperative Transesophageal Echocardiographic (TEE) imaging. Postoperative pulmonary problems are prevalent in the older population after general anesthesia and are linked with an increased risk of death and a longer hospital stay. 5 Additionally, it has been shown that omitting general anesthesia during TAVR reduces total surgery time and costs and facilitates patients’ movement and hence discharge. 6 Noninvasive Ventilation (NIV) has been tested in patients undergoing cardiac surgery to prevent or cure acute respiratory failure after surgery. It has becoming more widely utilized in and out of the ICU context because to its apparent benefit for respiratory and cardiovascular function, particularly in the elderly. 7 The Janus mask (Biomedical, Florence, Italy) is a full-face mask that supplies NIV and also serves as a source of oxygen during sedation without tracheal intubation. It has an airtight port for TEE inspection.

Five patients planned for TAVR had heavy sedation with sevoflurane staying in spontaneous ventilation after permission by the local research ethics committee and signed informed consent. After establishing venous access in the operating room, each patient received 1.5 mg of midazolam intravenously. Electrocardiography, noninvasive arterial blood pressure monitoring, pulse oximetry, capnography, and the Bispectral Index were all used for monitoring (BIS).

For 30 seconds, all patients were inhaled with a conventional face mask with a calibrated concentration of 2% sevoflurane in 100% oxygen and a fresh gas flow of 6 L.min1. Sevoflurane was then raised to 7% until unconsciousness occurred, and then decreased to 2% until BIS values fell below 65.

Following that, a Guedel cannula was implanted to maintain an open airway and patients were always kept on spontaneous breathing.

After removing the conventional face mask, a Janus mask was applied. Following that, the TEE probe was put into the central port of the mask (Fig. 1). Sevoflurane 0.5 to 2% end-tidal was used to sustain deep sedation with spontaneous breathing.

The TAVR procedure was conducted in a hybrid operating room at the Dante Pazzanese Institute of Cardiology in San Paolo, Brazil, and imaging techniques including as high-resolution fluoroscopy, contrast aortography, and continuous TEE were utilized to guide the installation of the new prosthesis.

All patients were admitted to the ICU after the surgery. Noninvasive breathing, using the same mask as used during the surgical operation, was advised if required until full recovery from anesthesia.

Complications associated with the usage of the mask, accessibility for transesophageal echocardiography, and respiratory perioperative consequences for patients were studied.

The mean and standard deviation are used to convey the data, or the number and percentage are used when suitable.

Five patients having TAVR were maintained using inhalational deep sedation rather than general anesthesia with tracheal intubation or intravenous sedation in this case series.

The patients maintained spontaneous breathing during the surgery and were assisted by the novel Janus mask, which also allowed for continuous TEE.

Sevoflurane administration with this mask proved feasible, efficacious, and without complications.

Table 1 summarizes the characteristics of the patients.

All operations went well, and no severe difficulties were noticed during surgery or in the intensive care unit.

All patients tolerated the Janus mask well, and all TEE exams were conducted satisfactorily. There was never a need for immediate access to the patient’s airway or respiratory treatment.

During the operation, one patient developed hypercapnia (maximum 50 mmHg), although CO2 levels were well tolerated without the need for further intervention or clinical consequences.

No unexpected conversions to general anesthesia or the necessity for airway care occurred.

Sevoflurane leaking was seen via the central orifice of the mask during the manipulation of the TEE’s probe.

All patients recovered without respiratory difficulties in the ICU unit after receiving noninvasive ventilation for at least one hour.

We reported a case series of five patients who had TAVR under sevoflurane-induced deep sedation with extended intraoperative TEE via the opening of the full face Janus mask.

General anesthesia with tracheal intubation has a large risk of complications, notably respiratory issues, and it is poorly tolerated in high-risk cardiac patients. These patients benefit from less intrusive procedures for anesthetic administration. 8 When employed in cardiac operations, volatile anesthetics have been claimed to help to myocardial protection by preconditioning the myocardium and lowering mortality. 9—-11

Sevoflurane is one of the most often used halogen fluoride volatile anesthetics because to its fast induction, less airway irritation, rapid recovery, and lack of major adverse effects. Sevoflurane was well tolerated in this case series, with no severe adverse effects occurring during induction, maintenance, or awakening. 12,13

Numerous studies have shown the utility of intraoperative NIV in patients at high risk of respiratory problems during mechanical ventilation and general anesthesia.

One issue that was discovered when the Janus mask was used in these operations was gas leakage around the central orifice that allows for the insertion and manipulation of the TEE’s probe. This may contribute to room pollution and pose an occupational danger to operating room employees owing to volatile agent exposure. The mask is only capable of producing 4-—5 cm of PEEP (due to leaking surrounding the implanted probe) and should be used as CPAP in patients with spontaneous breathing (and not as a full mechanical ventilation). 19 Despite these limitations, it proved effective in maintaining total patient unconsciousness and spontaneous respiration during the treatment.

Transesophageal echocardiogram examination is related with a brief decrease in arterial oxygen saturation during and after simple echocardiography, putting patients with severe cardiac illness at risk of developing respiratory failure or catastrophic cardiac arrhythmias. In conscious patients, the patient’s tolerance for the TEE probe is also a consideration. Our patients were asleep, and the combination of the TEE probe with the Janus mask proved to be straightforward, with no difficulty during insertion or manipulation.

18 The use of sedation versus general anesthesia with tracheal intubation has been discussed previously, with the conclusion that the decision to perform TAVR under sedation or general anesthesia may ultimately be dictated by the Heart Team’s experience and local hospital policy, as no data from randomized trials comparing the two techniques are available. 20 TAVR operations are becoming more common.

Twenty-one anesthesiologists are prepared to provide all available monitoring while ensuring the patients’ comfort.

When deciding between sedation and general anesthesia with tracheal intubation for TAVR, the advantages of sedation should be balanced against the risk of an uncontrolled airway, hemodynamic compromise, or procedural problems. Maintenance of inhalational anesthesia with the Janus mask seems to have an efficient profile that has the potential to minimize the difficulties associated with general anesthesia with tracheal intubation while allowing for continuous and pleasant TEE evaluation. Another advantage of this alternate strategy may be the prevention of respiratory problems and improvement of cardiovascular function during and after the treatment. In the future, evidence from randomized controlled clinical studies may offer light on whether sedation or general anesthesia is the optimal anesthetic technique for TAVR treatments. 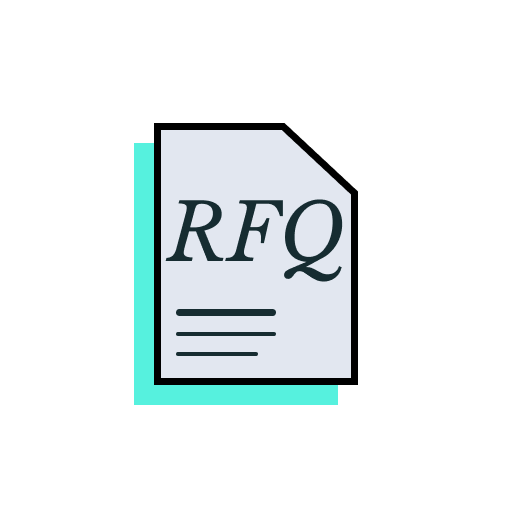